The cold front that brought an early white Christmas to the Eastern Seaboard, from Atlanta to Boston, made its way to Hope Town as well. 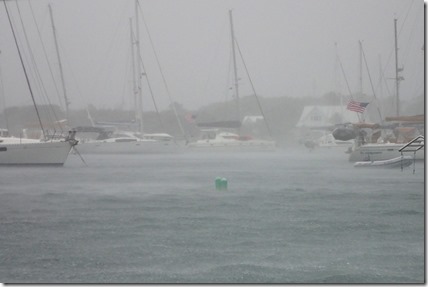 It hit with a vengeance.   Sustained thirty mph winds, with higher gusts. 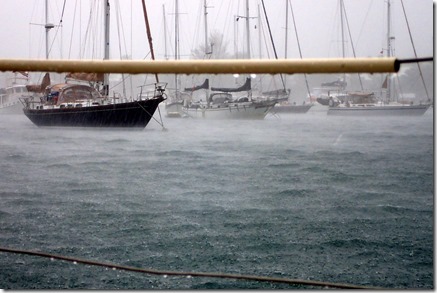 Rain sweeping sideways – big, pelting drops.   The wind’s fierceness whipping the water into a spume-like fog.  Whitecaps in the harbor. 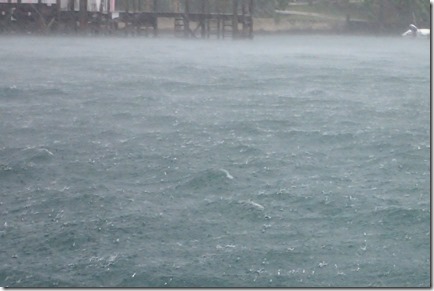 The temperature dropped.  Fleece jackets, knit hats, earmuffs, scarves and even socks were pulled out of drawers and cabinets.  Complaints of “it’s freezing” were heard.  That night it got down to 60 degrees; back up to 70 during the day.   Glad Motu Iti has a heater.