“What’s wrong with the lighthouse?” called a worried voice over the VHF, a bit after sunset.  We looked out and – wow – the light seemed to be on fire.  No beam was shining out.  Instead, where the light normally is, was a ball of reddish orangey flame.   At least, that’s what it looked like.

More urgent radio chatter.  “Should we call Hopetown Fire and Rescue?”  “No,” finally came a response.  “The kerosene is cold and the lighthouse keeper has to warm it up and adjust the flame.”

Meanwhile, the “fire” got smaller and smaller until it was just a red dot at the top of the light.  Then this: 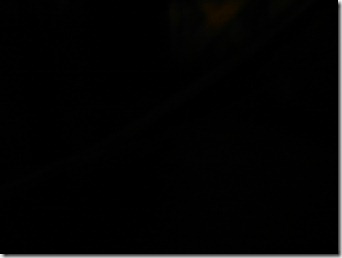 Yep, nothing.  The absence of light.  We are so used to the beams from the lighthouse sweeping across the harbor that this was truly unsettling – as if the sun had failed to rise.  Finally, there was an eerie green glow, which gradually got brighter and brighter.

Creepy.  But still no beams of light.

Kerosene has to be a certain temperature in order to vaporize so it can burned as a gas in a mantle, instead of as a liquid, like in our oil lamps at home, with a wick.  It had been a cool day, so the lighthouse keeper had to preheat the kerosene in order for it to burn properly.  And the unheated kerosene had to be burned off – hence the reddish orangey “fire.”

It  was a long time before that famous bright white light – visible for 17 miles – was again circling over the harbor. 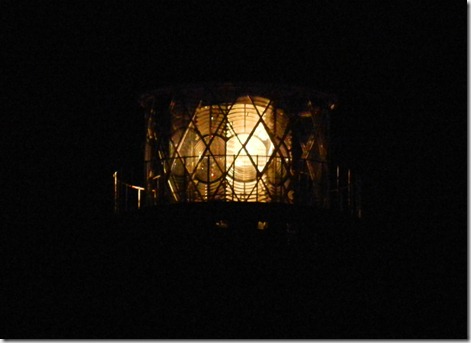 Whew.  There are some things you just need to be able to count on.

P.S.  You can tell my daughter just visited here because now I know (sort of) how to insert a video into our blog.

P.P.S.  FYI, the photo, immediately above, was taken from Daisy’s Place, where our daughter and son-in-law stayed.  It’s right on the water at the harbor entrance and can be booked through Elbow Cay Properties.  http://www.elbowcayrentals.com/scripts/house.php3?file=daisysplace

One thought on “Where’s the Light?”