We left just before 9am, our friends doing the “wave” from their porch as a send-off.

They did a great job and I took a lousy picture.  [What happened – when I picked up my camera, I overturned my cup of tea – took a minute to wipe the tea off the charts.] 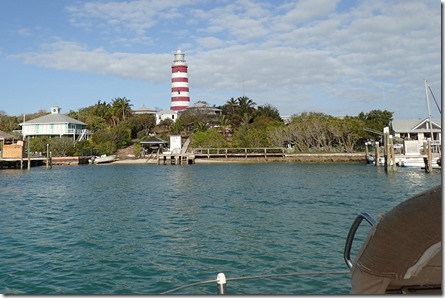 A lovely sail up to Guana Cay on the beautiful Sea of Abaco.

To one of Troy’s (Dive Guana) moorings in Fishers Bay. 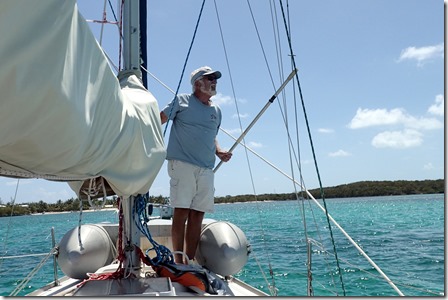 And we even enjoyed an afternoon show:  a charter catamaran tried to take a mooring, but lost its boat hook in the process.  Oh, nooooo.  So they launched their dinghy to retrieve it. 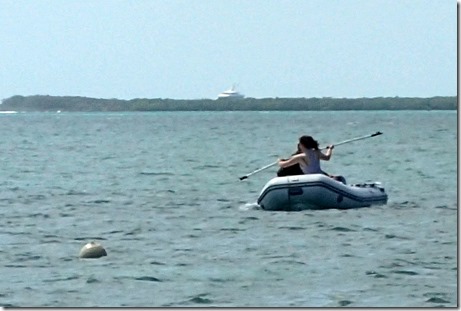 Success!  Even though the boat hook was badly bent.  Now the hand-off of the mooring pennant to the folks on the boat. 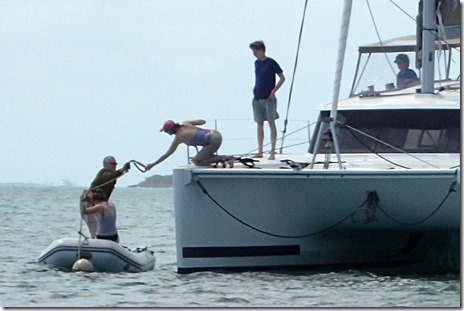 But then – oops, their boat continued to drift towards the Sea of Abaco.  The mooring apparently gave way and it took them a while to notice.  Finally, they undid themselves from the useless mooring and motored away.  Sometimes you get to see the show and sometimes you are the show.  I hope we’re not the show tomorrow.

The mooring was a bit rolly, but I managed to bake some bread.

Yummy.  And then Mexican for dinner.   Time for bed.