We think we have successfully concluded the Saga of the BOLT.  Hurray!!!  Here’s the bolt hole in issue:

This morning, Goldwin drilled a larger hole in the damaged, (thank you, Dick), existing hole; we have a drill onboard.  The blue tape measures how far into the hole to insert the drill.

Yesterday Goldwin had visited the Lighthouse Marina, which let him borrow the needed tap; he used it to make new threads for a larger bolt.

He returned to the marina today and was able to obtain a larger bolt which was the right length – they didn’t even want to charge him anything.  Here is the original broken bolt, the replacement bolt we would have used but for Dick’s assistance, the new larger bolt, and the tap which we extracted from the hole (this is the broken tip which was stuck in the hole – the whole tap looks like the one in the picture above, just slightly smaller). 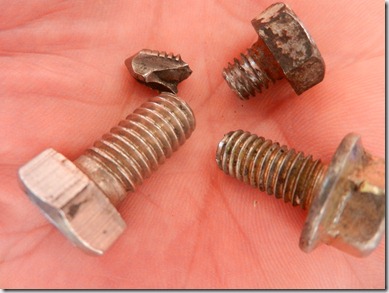 Then he prepared the new, larger bolt with Loctite, which glues the threads of the bolt and engine block together.

And inserted the bolt into the hole. 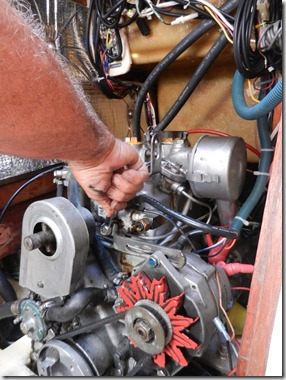 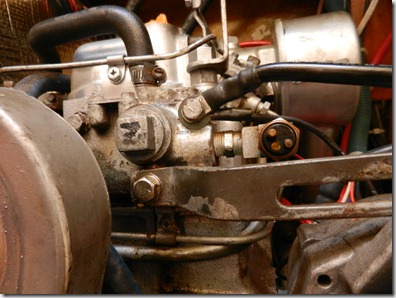 Many thanks to the very generous assistance of the Lighthouse Marina folks.

P.S.  As our wise daughter advises:  “Don’t let anyone touch your boat.”